When I was doing my teaching practicuum — an experience in which I failed, spectacularly, I found a major psychological impediment to be my inability to consider the students to be people like me. Above all, I wanted them to resist my ideas at times, in order to show their fighting spirit, which is to say, their underlying intelligence — which might be different from mine. I didn’t find this spirit, however — which was an outcome shocking and disturbing to me!

The monitor, from the university, therefore found my
approach to teaching “highly paradoxical” because I alternated between being very strict and also tending to very much encouraging free action.

I’d wanted to impart a sense of relation to authority
which was capable of being very independent OR conforming, according to one’s personal strategies. Yet, I found this characteristic difficult to impart to because of the already well developed Modernistic character structure of my
students.

One of the most significant aspects about the training and
education of a Modern is that this training dispenses with that which used to be a part of traditional education systems — the training to resist.

For the modern, he is who he is and that’s all there is too that. He’s pretty pleased with how he is, too — he thinks the way he is to be “universal”.

This presupposition, of course, makes it difficult for him to relate to those of other cultures — a reality that he generally fails to register! His capacity to resist the imposition of control from the outside, especially control by ideological forces, is very limited. He is manipulated by Skinnerian behaviouristic techniques, and therefore fails to see the manipulation for what it is — this is at the basic level of schooling. He is educated only to the sufficient level that is required for the position in society for which he is being groomed (See Louis Althusser).

THe Modern student is also “allowed” to progress through his
education at his own pace (student centred education), as if he were wise enough to manage it himself — thus he is conditioned to choose the path of least resistance in life as the “natural one” (See Nietzsche: “The hand that kills with leniency”.) He is trained especially to be a dully conformist worker and a mere consumer.

Today what comes to mind are all the other states of stress I’ve ever had. I have become amazingly adept at handling stress of various sorts — I’m able to act calm on the outside, and even have a layer of authentic calmness whilst my mind is racing on the inside! I put this down to my martial arts training, for the most part.

As I’ve matured, my ability to piece together parts of my old ways of thinking — not just them but the wherefore — has vastly improved. I believe, you know, in the past, in the very old and distant past, I had a very different way of thinking than I do today. Just tonight, I reflected on how I used to think. (I feel similarly handicapped in thinking some of these days, with the adrenaline that flows through me.) It struck me tonight, with greater clarity than previously, that I had never been trained to think in terms of categories of things, too much, whilst growing up in Zimbabwe. It may seem counterintuitive in terms of much which is presumed to be known about race in Africa, but there were many –perhaps most — of my generation who did not find much deep meaning in racial differences. We had been treated to a classical education, not a Modernist one! We made assessments about one another, but these were never set in stone. We seemed to change our views quite often about life and about those around us. I know I didn’t think in terms of gender as a strong division in the human species, because males were kind of an afterthought — dwelling in isolation from us, in the school across the vlei. We didn’t think in terms of blacks and whites, because we had no working metaphysics. I certainly had no notion that you could attempt to make interpretations about groups of people on the basis of a category.

What I learned from Nietzsche and Bataille:  ethical engagement is intrinsically unsafe. To the degree that it is safe, it is probably dogma or inertia and has nothing really qualitatively ethical about it.

Western culture: The way I see it, it is generally not a moral culture, but a pragmatic culture. There is often a strong emphasis on appearing moral whilst building up one’s personal status. Needless to say, this is self-interest, not morality. Actually strong social atomization — most commonly mistaken for ‘individualism’ — does not allow for any ethical system to develop.   Ethics are based on a sense of common interest or community, so Western individualism is an inversion of the possibilities for being ethical in a deep sense.

It is actually wrongheaded for the west to turn its back on Africa and its problems, when the going gets hard. Likewise, the hardline right-wingers I have known rub their hands in glee as they emit that phrase, “Africa is for Africans now,” whilst surveying Africa’s landscape of despair and applying tactics of psychological warfare to increase the paranoia of those in the country with which they have cut their ties — conveniently. This is psychological sabotage from a distance.

The right-wing form of moral disengagement is, of course, intended to prove a point — that Africa needs Western help and will be denied it, now that the colonial benefactors have left. Liberalism plays into this right-wing political revenge, because of its extreme cultural relativism, which echos (for a different reason) the exact same refrain: “Africa is for Africans now.”

Thus Western morality shows itself to be completely stymied at the level of its obsession with the concept of  purity of race.

Like Loading...
Today had a strange mood pervading it, all of the way through. It has become apparent that my successful investigations into Marechera have heralded a homecoming for me. I can know myself better as a result, can put myself into a context again, knowing how I would have been, how the situation would have been, if only I’d grown up fully in the place where I’d begun my growth. I have a thirst, an urge for experiencing my old self. I long for the same environment, the same opportunities, to experience the richness of all that I missed. I can taste it on my tongue — the wildness of Marechera’s writing has made this palpable.

And yet. We have sometimes seen trees which have been partly unrooted, thrown on their sides, to start the growth process again, from a now horizontal angle. The branches grow as the main shoots, reaching up vertically, although once they had sprung out to grow horizontally. Their offshoots reach out horizontally. The trunk lies flat upon the ground.

Now the sub-growths of that are my main identity, growing up straight whereas once they would have been considered nothing. My main trunk lies still, restlessly, impassive. I can do nothing with it. My old life reached a height of sorts which has been totally diminished.

It is only my new life –and this odd angle of it.
http://unsanesafe.blogspot.com/ 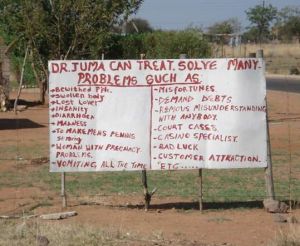 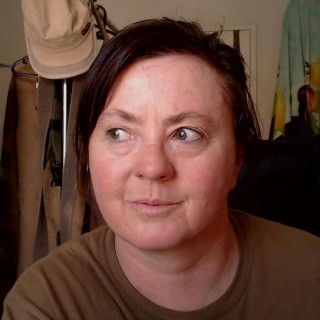